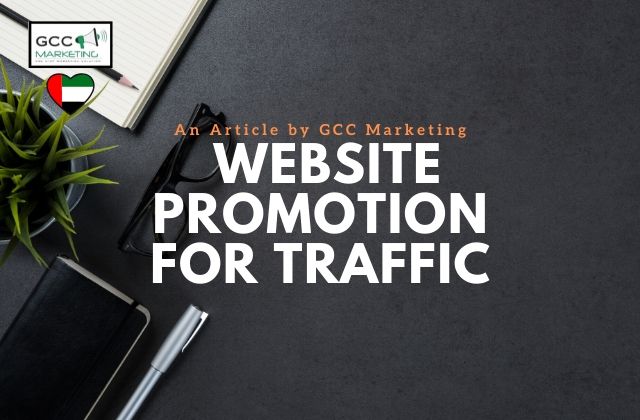 WHAT IS WEBSITE TRAFFIC PROMOTION? The main difficulty that owners of large Internet portals face is the cost of promotion. In the classical approach, when the customer pays for the number of key phrases that experts work with, the price can be unbearable even for a stable and highly profitable company.

To evaluate the result of such activities is also problematic today. Search engines introduce algorithms that show each user the most interesting pages for him. This means that even on neighboring computers, the position of the site in the SERP will vary.

An alternative, in this case, is traffic promotion. This approach involves the use of a large semantic core, which includes phrases of different frequencies. Moreover, the optimizer receives payment only for visitors who are part of the client’s target audience. Their number is calculated using various metrics and counters.

Who benefits from site traffic?

promotion Traffic promotion is a real find for resources with a structured catalog that includes hundreds or even thousands of pages. These are large portals, online directories, catalogs, online stores with a large nomenclature and not only. For them, this optimization approach allows you to get the maximum budget and does not require a significant budget.

This method of promotion is also useful to companies for which the site’s position in the search results is not so important, as an increase in the number of applications and calls is necessary. However, such resources are not without the possibility of choice: there are other, equally effective approaches to optimization.

More stable results. Due to the use of a voluminous semantic core, the total traffic to the site becomes less dependent on changes in search engine algorithms. When a drawdown is detected in one key group, it is most likely compensated by another.

The ability to quickly promote young sites. It is difficult for new resources to compete for first positions with sites that have been operating for several years. Therefore, with the classical approach, the results of promotion become tangible only after 4-6 months. In the described approach, attendance begins to increase markedly after 3-4 weeks.

Saving. When using this method, the cost of attracting the target audience to the site is surprisingly low. This is achieved through the use of a wide base of low-frequency queries.

Pay only for targeted users. Traffic promotion can be called risk-free, as the customer pays only for those customers who are representatives of its target audience. Garbage and non-thematic traffic are not taken into account when invoicing.

Ample opportunities to control the actions of the optimizer. Search engines offer tools to evaluate traffic for each of their key queries. Their development will take 1-2 hours and will not only allow you to control the optimizer but also get insights about user behavior on the network.

The need for optimizer control. The actions of the contractor who will perform this work for you are better controlled. Large studios benefit from honest and long-term cooperation. However, when working with small companies and private specialists, you may encounter facts of fraud. They wind up statistics on target visitors. At the same time, only the counters needed by the optimizer and the cost of his services increase, but not the result.

The inability to promote highly specialized resources. For narrowly specialized sites, effective traffic promotion is almost impossible. The problem is that it is impossible to assemble a sufficiently wide semantic core so that a decent result can be guaranteed to the customer.

The first stage is the formation of the concept of promotion. For this, it is necessary to analyze the specifics of the client’s activities, his target audience, the existing site structure and the possibilities for its development.

In the second stage, responsible work is performed – the collection of the semantic core. It should include keys that comprehensively describe the field of activity, products, and services of the client. First, the database is filled with all suitable phrases, then it is cleared of garbage and unnecessary requests.

Then, based on the statistics of search engines, the approximate number of clicks to the site per month is predicted. Each optimizer uses its technologies and coefficients to evaluate. Based on this, the cost of one transition is calculated and an approximate campaign budget is planned. After this, the conditions are agreed and the contract is concluded.

An equally important stage in which the customer’s specialists can participate is making changes to the code and structure of the site. Their list is formed by optimizers after a comprehensive audit of the resource entrusted to them.

Next begins the promotion, based on the results of which monthly forms a report. For him, the number of clicks from search engines for previously agreed queries is calculated. They are used to calculate the remuneration of the optimizer. At the same stage, adjustments can be made to the promotion strategy.

Reports and monitoring of traffic promotion.

All the necessary information to control the search engine promotion of the site can be obtained from the monthly report of the optimizer, as well as the counters installed on the site. This is usually enough.

However, sometimes the figures in the report do not correspond to the real results of the company. For example, according to the data provided, traffic has increased significantly, and the number of applications has remained the same. In this case, it will not be superfluous to check the optimizer report.

To do this, you can:

launch a short-term campaign on contextual advertising and compare conversions of visitors received from this source and those who came from search engines – if the indicators diverge several times, this is an occasion to think about the good faith of the selected contractor;

order a professional promotion audit service from a third-party company, which is inexpensive and takes several hours to complete.

Choose bonafide and long-term optimizers so you don’t have to think about these checks.

WHAT TO CHOOSE - A TEMPLATE OR A UNIQUE DESIGN?

Choosing A Background Color When Creating A Site