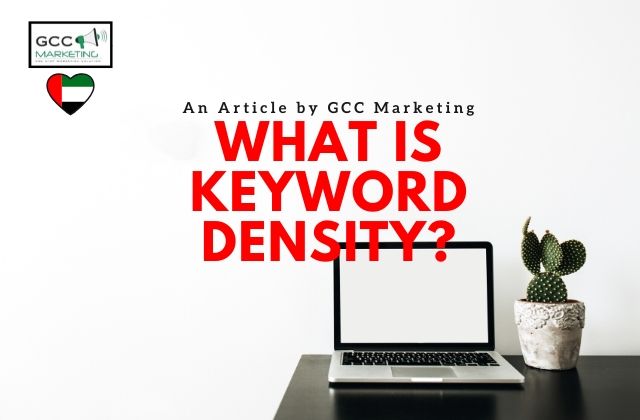 What Is Keyword Density?

What Is Keyword Density? All site owners who have at least once encountered website promotion and optimization have probably heard of such a parameter as keyword density. With this parameter, it is customary to link the assessment of the quality of texts on the site from the point of view of search engines. But what is keyword density? How exactly does it affect website promotion? It will be discussed later.

Not so long ago, in the field of website promotion, there was a whole set of rules related to determining the optimal density of keywords on the pages. First, figures from 5 to 7% were given in relation to the total number of words on the page, later the keyword density of 3-5% was considered optimal. However, today the situation has changed significantly.

The fact is that along with updating the search algorithms of the popular Google and Yandex systems, which, incidentally, happens regularly, the rules for choosing the optimal number of keywords per page are updated. Whereas earlier, a higher frequency of keywords ensured, all other things being equal, higher positions for the page in the search results for a relevant query, today the influence of such a factor on the formation of SERP has noticeably decreased.

Now, as explained by Google and Yandex, site owners should pay more attention to the content of their text materials, while density is a secondary parameter. And on the contrary, too much keyword density is now considered more of a disadvantage than an advantage. Here is just a clear “line” between the permissible and excessive number of keywords on the page to the site owners remains unknown – representatives of search engines did not disclose exact numbers.

“Frames” For Determining The Optimal Density Of Keywords.

However, the practical experience of specialists in the field of SEO allows us to state that there are still some more or less constant “frames” for determining the optimal density of keywords on the page. In each case, these frameworks are set individually and strongly depend on the subject matter of the site being promoted and on the type of site. Of course, to a large extent, these frameworks also depend on the search engine for which the promotion is performed.

So, the most effective SEO-specialists called the mention of keywords in the text of the page the first few times. A further increase in the number of mentions of keywords is already completely useless, if not harmful. If at the same time, due to the mention of keywords, the text also loses its readability, then the harm from increasing the density of keywords is twofold: neither search engines nor living users will be satisfied with the quality of the site, which means they won’t be able to rate it high enough.

In order not to scrupulously calculate every mention of a keyword in the text of the page, website owners recommend SEO-specialists to adhere to a very simple rule: text with keywords should be easy to read and look natural. And when there are so many keywords in the text that even at the first glance at this text, it becomes clear what particular requests the page is promoting, then “re-optimization” and the so-called “search spam” begin. Such phenomena adversely affect the site’s reputation in search engines and should be avoided.

How To Make Links?