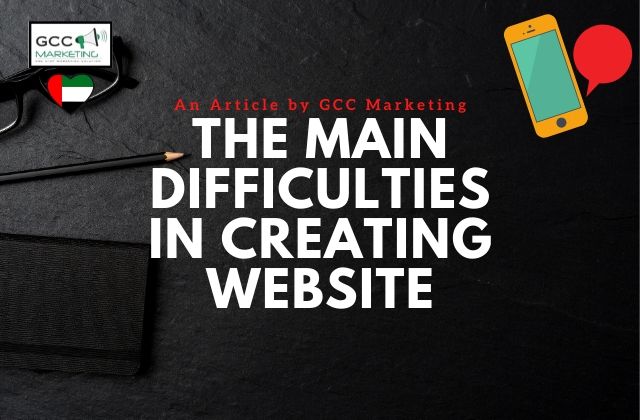 THE MAIN DIFFICULTIES IN CREATING THE SITE

THE MAIN DIFFICULTIES IN CREATING THE SITE.Web site development is quite a routine for our time. Almost any company is obliged to acquire its own web resource in the 21st century (with the exception of rare business niches that do not need to create web sites). However, despite its routine, the high-quality development of a company’s website is still not an easy task, requiring a certain skill and development experience. Today we will talk about the three most typical difficulties that you may encounter when creating a site.  Productive reading!

“As you call a ship, it’ll sail” – a saying that fits perfectly with the meaning of site development. A domain is not just “some kind of address”, it is a very powerful tool for marketing promotion. A recognizable and simple domain name that is associated with the activities of the company, easily remembered by potential customers, but also plays a role in SEO- optimizing the web site.

Lack of adaptation for mobile devices.

In the 21st century, adapting a website to smartphones and tablets is not just a fashionable add-on, but a vital necessity. Many still can not accept this idea, but the fact remains – a few years ago the number of Internet connections using mobile devices exceeded PC connections. And since then, the figure has only grown and the gap has increased. Adapt to your smartphone – don’t be an old believer! 🙂

Time is money. And in our case – almost literally. In search of important information, the user, as a rule, opens the first few links that the search engine offered him. Then he clicks several times on each of the open pages and hastily selects 2-3 for a more detailed study, filtering out the rest as unnecessary. Why can you fall out of favor? First of all, due to poor design, and secondly, to the low page loading speed. Even a half-second delay is well felt and taken into account. Make sure your site is User-Friendly in every sense of the phrase.

Of course, there are many more typical mistakes when creating a site, but, protect your resource, to begin with from this trinity – and many Internet problems will bypass your company. Have a good sales!

You can order the creation of a site from our specialists.

HOW AND WHY IS THE SITE TESTED?